Who are the Laz? 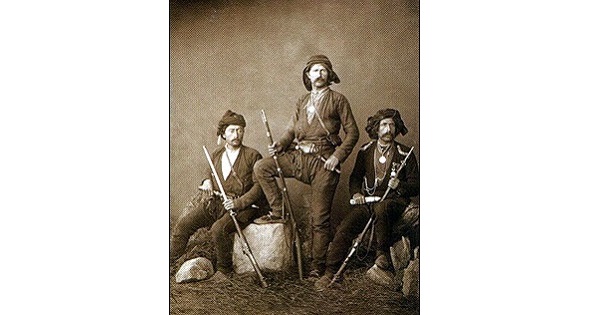 The Laz (or Lazi) are an ethnic group who live primarily in the southeast corner of the shores of the Black Sea. According to Pontic Greek scholar Dimosthenes Oiconomides, the Laz are related to and originate from the region of the Caucasus. This is not only evident by their general appearance but also their language (Lazuri), which is related to the language of Georgia. Both the Laz, and for that matter the Georgian languages, are related to the Iberian (Kartvelian) family of languages. The Laz dress is similar to both the Turkish and also the Pontic Greek which can be confusing when trying to differentiate them.

The history of the Laz people is sometimes hard to define. The Laz were among the various tribal names that existed in the poorly defined geographical area known as Colchis, which in the 1st c AD seems to have spanned from north Abkhazia all the way to Trebizond.

Today there is believed to be 90,000 Laz still living in Turkey, 30,000 of which speak their mother tongue Lazuri. There is approximately 30,000 Laz living in Georgia, mainly in the region of Ajaria. The language has no official status in Turkey or in Georgia and has no written standard. In Turkey, the Laz live primarily east of Trebizond in villages around Pazar(Atina), Rize and Hopa.

The Laz are sometimes associated with the Sannoi (or Tzannoi) who were an ethnic group whose name survived as the sanjak of Samsun, Djanik (or Tzaniki). The Georgians refer to the Laz as C'an (Sannoi/Tzannoi), however at some time, a separation between the C'an and the Laz appears to have taken place.

The Laz kingdom began in the 4th century AD when the royal house of the Laz broke away from Rome and declared its independence. In the process, it joined with a series of small dominions of Colchis, thereby subjecting a number of races of the western Caucasus to their rule. The capital of the kingdom was Tsiche-Gozi otherwise known in Greek as Αρχαιόπολη (Eng: Ancient city). Other cities within the dominion were Discuriada, Phasis, Rizounta, Kutais and others. Just before the establishment of the kingdom (3rd century AD) the name Colchis ceased being used and the name Lazic started being used by Greek and Roman authors. The people referred to their nation as Egrisi and from this came the word Migrelian. In the 2nd half of the 4th century AD other people such as the Apsili, Abasgi and the Svan were all amalgamated into the kingdom although up until then they had all preserved their independence. 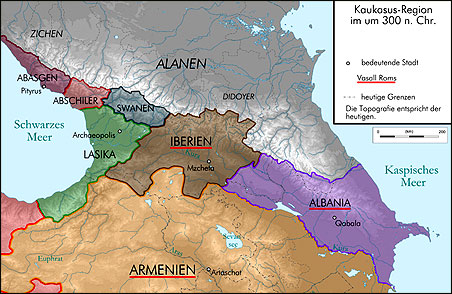 In the 6th century AD, the king of Lazistan Tsathios visited Constantinople and became Christian, then placed his kingdom under the protection of the Byzantine Empire to protect it from the invasions of neighboring races. During the same period, the Persians managed to gain control of half of Lazistan, whilst the other half continued to be influenced by the Byzantines. After the 6th century AD, the eastern part of Lazistan became part of Georgia, whilst the western part constituted a part of the theme of Chaldia.

During the period of the Comnene dynasty, the western part of Lazistan became a part of the dynasty. Ecclesiastically, the western part of Lazistan belonged to the jurisdiction of the Diocese of Trebizond who used the title ‘Exarchos pasis Lazicus' to describe it. After the Ottoman conquest (1461), all the Laz converted to Islam which shows that their Christian faith up until then was feigned. The Turks used to make clear and correct distinctions between the Greeks and the Laz when referring to them, by calling the Greeks ‘Rum' and the Laz simply ‘Laz'.

During the Ottoman period, Lazistan became its own distinctive area (sanjak) under the administration of a Governor who governed from the town of Rizaion (Rize). His title was that of Lazistan Mutasserif; in other words Governor of Lazistan. The Lazistan sanjak was divided into kazas, namely those of Ofi, Rizaion, Athena and Hopa. The Lazistan sanjak was the easternmost region of Turkey. The sanjak belonged to the vilayet of Trebizond.

Pontic Greek scholar Giorgos Kandilaptis-Kanis describes the Laz by saying: "The Laz with their own ethnicity, language, customs and folklore, have absolutely nothing to do with the Pontic Greeks and also the Turks. They are considered indecent and selfish people. Under the circumstances, they were obedient and a secret weapon of the rulers of the time". Not only do the Laz have no relation to the Greeks of Pontus, when the opportunity arose, they did not hesitate in persecuting them.

Something which differentiated the Laz was their love of the sea. During the end of the 19th century and up until the start of the 20th century, they were the most feared pirates of the eastern region of the Black Sea. In 1806, Laz pirates conducted an invasion of Oinoi (Trk: Unye). Its residents abandoned the city with the guidance of Bishop Meletios and sought refuge at Sinope.