The Church of Hagia Sophia, Trabzon 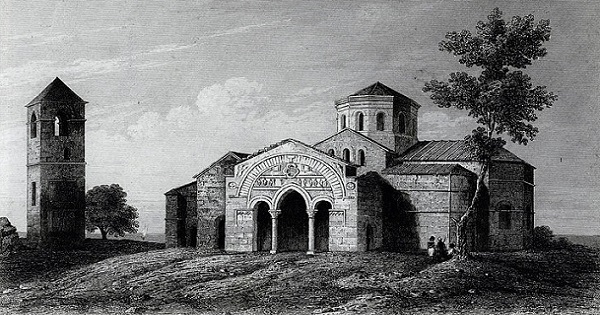 Hagia Sophia in Trabzon by Charles Texier (1802-1871).
The Church of Hagia Sophia (Saint Sophia) in Trebizond (today Trabzon) was built in the year 1250 under the guidance of Emperor Manuel the 1st (1238-1263) who ruled the Empire of Trebizond for 25 years. It is located near the seashore two miles west of the Comnenian fortress. A monastery that once sat adjacent to the church no longer exists. Hagia Sophia church was converted to a mosque some time after the conquest of the city by the Ottomans in 1461. Some believe as late as 1584.
Between 1957-1962 the church underwent restorative work in a collaboration between the British Institute at Ankara and the Walker Trust of the University of Saint Andrews, Scotland under the direction of David Winfield and other experts including art historian David Talbot-Rice. During this expedition various frescoes were uncovered. In 1964, following this restorative work, Hagia Sophia was opened as a museum. 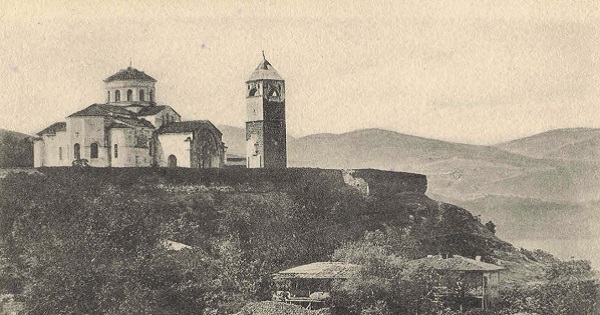 The church was built according to the plan of Hagia Sophia at Constantinople (Istanbul) but is smaller in size. It has the shape of a cross and is 22 metres long, 11.6 metres wide and 12.7 metres tall.  In the centre of the floor of the church there is an exceptional paved mosaic with many beautiful multi-colored stones. French archaeologist Charles Texier (1802-1871) visited Trebizond in 1836 and in his book Byzantine Architecture (London 1864) wrote:

The beautiful mosaic floor at the centre of the church can be considered one of the most extraordinary examples of the Byzantine marble mosaics which has survived until the present, perhaps the finest now in existence.

The pavement under the dome is richly worked in porphyry serpentine coloured and gilt glass and most firmly cemented. This is true Byzantine style though better executed than usual. 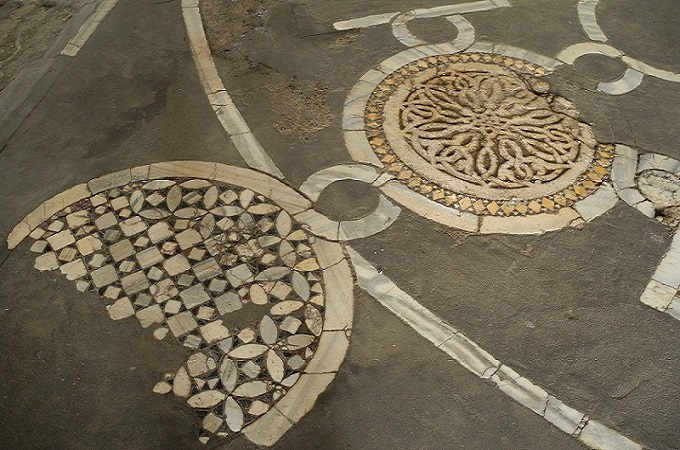 Part of the mosaic floor of the church. Source

Twenty-four metres west of the church is a tower which is 40 metres in height.  It was built in 1427. Many originally believed that this was the steeple of the church, but it is well known that at the time there were no bells in Trebizond; there were bells only at Hagia Sophia at Constantinople. In Trebizond they used to strike the wooden semantra to mark the most important points of the divine liturgy. Judging by the ruins of the Hagia Sophia monastery, it is believed that the tower was a part of the monastery. The inside of the tower was full of excellent frescoes.

In 2013, Hagia Sophia was converted to a mosque, again. A local court decided that the General Directorate of the Pious Foundations, the government body responsible for Turkey’s historic mosques, that the church belonged to the foundation of Mehmet II and was being 'illegally occupied' by the culture ministry. As a result, shutters and tents now hide the 'sinful' Byzantine frescoes from Muslim worshipers. The decision sparked controversy and divide among Islamists and secularists of Trabzon.

A more recent photo of the church. Source 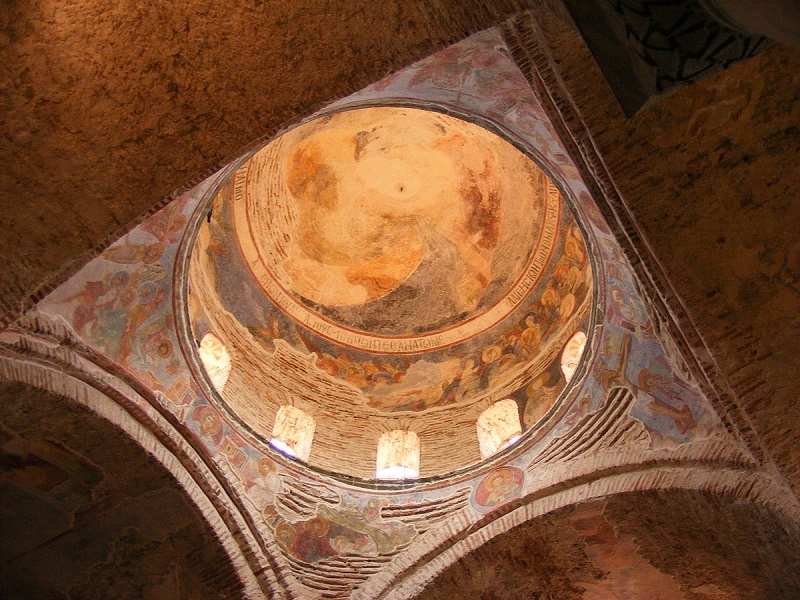 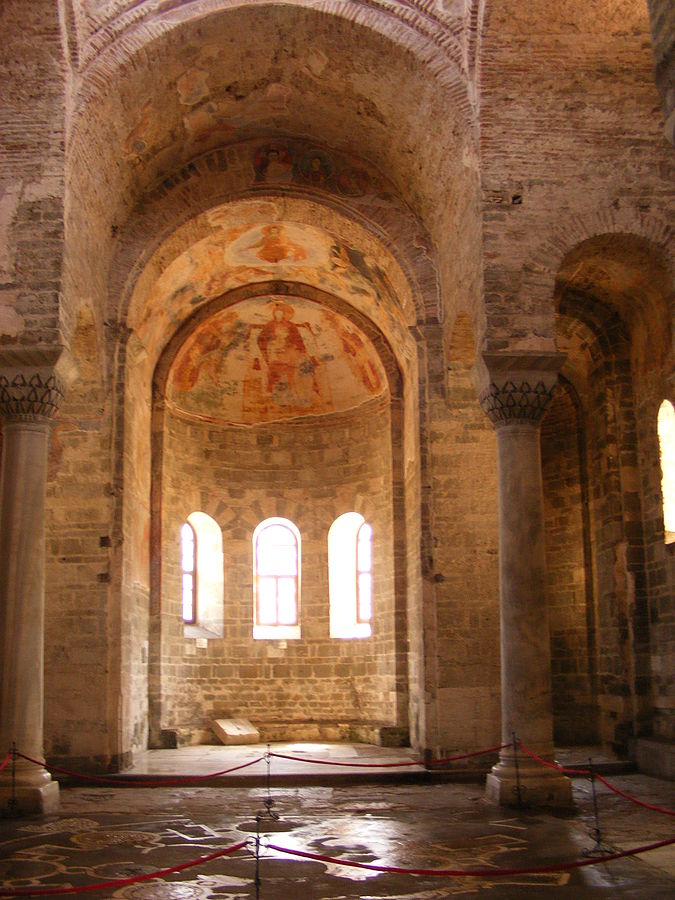 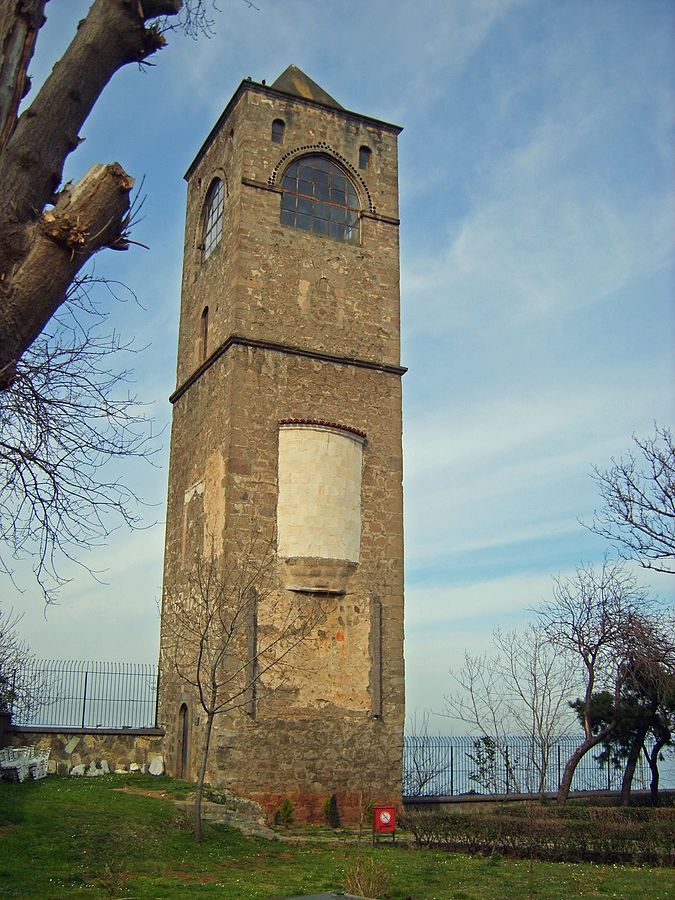 Based on an article by Constantine Hiondes.

More photos of churches in Pontus.