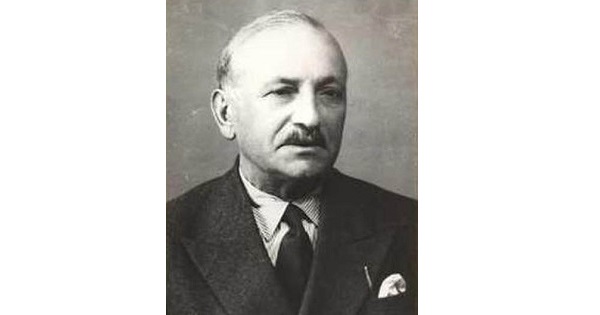 Filon Ktenidis was a playwright, an accountant, a journalist, a doctor and the founder of the monastery Panagia Sumela in Vermio, Greece. He was born in 1889 in Trebizond (today Trabzon), Pontos and spent his childhood in the region of Kromni. In 1906 he graduated with excellent grades from the Trebizond Tuition Center. From 1906 -1909 he began working as an accountant while at the same time he was a contributor to the Trapezuntine newspaper Ethniki Drasi (National Action).

In 1910 he published his own fortnightly newspaper Epitheoro and was subsequently expelled by the Neo-Turks. He fled to Athens where he enrolled in the University's Medical School.  In 1912-13 he volunteered in the Hellenic Army and took part in operations in Epirus and Macedonia. In 1914-15 he returned to Trebizond to offer his services as a doctor to the people of the outer Greek regions of the city.

With the entry of the Russian troupes into Trebizond in 1916, he moved to the Caucasus where between 1915-17 he worked as a Medical Doctor in the biggest Russian Military Hospital. In 1918 he became the President of the National Council of Pontos in Krasnodar, Russia. Ιn 1922 he returned to Thessaloniki and practiced as a doctor. He is the writer of 17 well known Pontic theatrical plays.

Around 1950, Ktenidis wrote The Church Bell of Pontus (Η Καμπάνα του Πόντου), a long and epic poem describing the pain and misfortune of the Greeks of Pontus. Below is a recreation of the poem which was performed in in Greece by Greek artists.