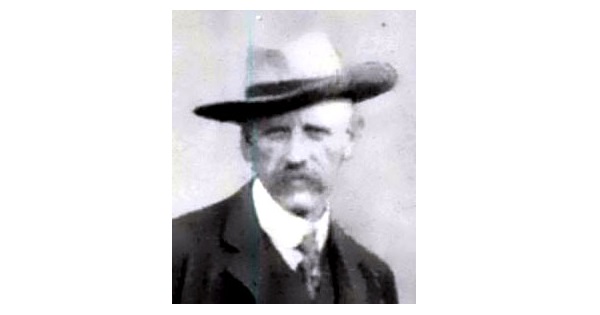 Fridtjof Nansen (1861-1930) was a famous Nowegian explorer, scientist and diplomat. He was appointed Commissioner of the League of Nations for the repatriation of war prisoners after the Armistice. In 1919 he was responsible for the relief of the Russian refugees who had fled Constantinople. While he was engaged in this humanitarian work, the Asia Minor disaster occurred which created the appalling problem of the Greek refugees. He was awarded the Nobel Peace Prize in 1922 for his work as a League of Nations High Commissioner.

By the end of 1922, over 1 million Ottoman Greeks had fled the Ottoman Empire as a result of the war between Greece and Turkey. Following Greece's defeat (September 1922), the triumphant Turks were eager to expel the remaining Greeks who had not already had the chance to flee. The Lausanne Conference started on 20 November 1922, and the Convention concerning the Exchange of Greek and Turkish Populations was signed on the 30th of January 1923 at Lausanne. The final Peace Treaty was signed after protracted discussions in July 1923. .

In September 1922, the League of Nations entrusted Nansen with the relief of the Near East refugees and instructed him to act as mediator between Greece and Turkey. In early October, Venizelos sent Nansen a telegram requesting him to start negotiations with the Turkish government to arrange an exchange of populations between Greece and Turkey. Nansen proposed a mixed commission and supported the idea of a formal exchange of populations considering the urgency of the situation. It's interesting to note that politicians denounced Nansen's scheme as ‘wild and foolish' and preferred that the refugees return to Asia Minor. 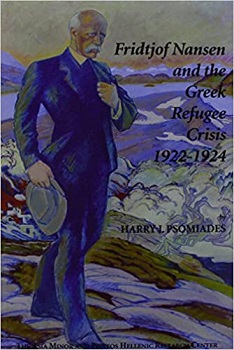 Fridtjof Nansen and the Greek Refugee Crisis 1922-1924. Available at Amazon

The League appropriated $18,000 to a relief effort and Nansen was to take charge. In a matter of days, further funds were raised. Nansen mobilised the Red Cross, the Near East Appeal and the All-British Appeal. His first destination was Macedonia where he arranged for temporary shelter and medical aid for the refugees.

He then moved on to Constantinople to organise relief work in cooperation with several foreign humanitarian agencies. Whilst in Turkey, he received notice from Greek Premier Venizelos pointing out, that should Turkey continue to drive out Greeks in such barbarous fashion, Greece would be left with no alternative but to do the same by expelling ‘Turks' from Greece. This letter therefore, gave Nansen the moral duty to act on Greece's behalf.

Nansen moved on to Eastern Thrace where he saw first hand the huge number of refugees fleeing their homeland. While Nansen secured some funds for these refugees to at least harvest and carry some crop, he wasn't able to secure any such luxuries for the refugees from Asia Minor who were fleeing in haste and with only the belongings they could carry on their backs.

When he visited Athens on 21 October 1922, he proposed the establishment of a joint shipping control for the supervision of the transportation of refugees from eastern Thrace and the islands and in particular for hundreds of thousands of Pontic refugees from the Black Sea shores of Asia Minor whose existence was at stake. He tried to coordinate the work of various relief agencies to assist with the crisis, including securing a collaboration with the League of Nations Epidemics Commission.

He made every effort to bring about the exchange of prisoners of war and civilian hostages that were retained in Anatolia. All Greek men aged between 17 and 50 had been forbidden to leave and had been deported into the interior. Their number was estimated to be at least 200,000. At the beginning of October he submitted a memorandum to the Commissioners in Constantinople requesting them to urge Mustapha Kemal to return the male Greek refugees. As a result of Nansen's efforts, the Convention (Article 4) provided that the Greek men detained in Anatolia be transported to Greece immediately after the signing of the Peace Treaty (July 1923). However the Turkish government did not consent to their departure before January 1924. By this time, many of the hostages of war who had been sent into the interior of Anatolia already perished. The Turks also refused to compensate those Greeks who held property on Turkish soil.

As a result of Nansen's endeavours, the League of Nations set up a commission under the direction of Henry Morgenthau, former US Ambassador to Turkey, which raised further funds to help the refugees settle in Greece. On the 14th of May 1930, a day after Nansen's death, the Greek Government announced to the League of Nations that the settlement of refugees to Greece was complete.

Nansen was unable to devise an agreement that would eliminate human hardship and suffering, but the conditions of his proposal at least gave Greek refugees the chance of survival. Although he personally blamed Turkey for the crisis, he delivered aid to both Greek and Turkish refugees.