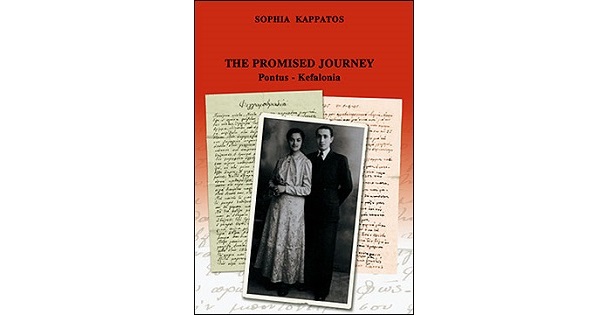 Buy it at Amazon.com

Even late, the journey to the past has come to its end and my silent promise to my mother has been kept. My father's - Yiannis Abraham Petrides - life, influenced and determined by the significant historical events, which marked the Greek history of the 20th century, has become a book. His long journey in life, which started in Palouklar, a village near Bafra, in the far away Region of Pontus, Turkey, with main stops the uprooting, the exile, the loss of his family, the rescue by the American Relief for the Near East, the Pringipos Orphanage, the American Orphanage in Athens, Greece, the support by a new, American, this time, mother, the Hungarian Embassy in Athens, the participation as a soldier in World War II, then the strife for a better life which ended in Skala, Kefalonia, is unfolded here and we can see through this narration how thrilling and important the life of an apparently common and insignificant person could be.

Sophia Petrides- Kappatos was born in Athens Greece. She is a graduate of the University of Athens and holds a degree in Greek and English Literature. She is married to Nick Kappatos and is a mother of two sons, George and Yiannis and grandmother to two baby boys. She shares her life between Kefalonia and Athens, where she lives during the winters.

The Promiosed Journey: Pontus-Kefalonia published in 2011, is the English version of her first book in Greek, titled From Pontus to Kefalonia, A March and A Promise (Απο τον Πόντο στην Κεφαλονιά - Μια πορεία, μια υπόσχεση) published by the Foundation of the Hellenic World in 2007.

For more information about the book contact: This email address is being protected from spambots. You need JavaScript enabled to view it.