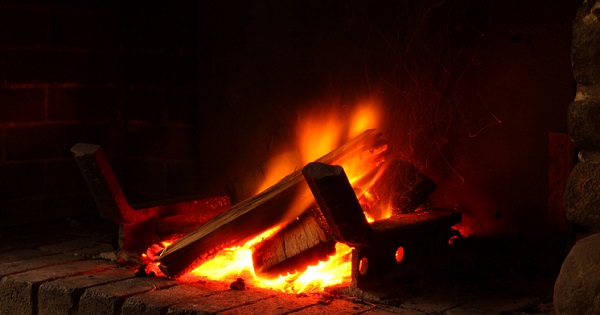 On the eve of Christmas in Pontus, everyone stopped work to finalize preparations for the big celebration the following day. The children went from house to house singing the Christmas carols and were rewarded with small gifts. At 4am on Christmas morning, the church bells would ring and everyone went to church. On this day, everyone wore their best clothes and shoes and the finest food was prepared.

In many regions of Pontus a block of wood (christokour) was placed in the fireplace and was lit as soon as the church bells were heard ringing. The fire would be kept alight for three days (christoimera); the three days of Christmas.  In other regions, on the eve of Christmas they would burn a fresh branch from a pear tree in the fireplace as it was considered good luck.  During New Year's they would burn wood from an apple tree. They would watch the piece of wood burning carefully making sure it stayed upright and not fall, as they considered this bad luck.

On the eve of Christmas, all the children from the extended family would cut branches off pear trees and would carry them back to their home pretending to be a horse, galloping in the process. Upon arriving they would enter the house shouting out loud: ‘Christmas and carols and lights and a good year and kindheartedness, and bless father and mother and all the family'.

As soon as they'd enter the house, the father would give them money as a gift and then in continuing with the role play, he would place a piece of bread in their mouth, thus coaxing the children to the dinner table to eat.

Another notable custom during Christmas in Pontus was that of the Momogeri.  In this custom, they would sit at a table which at the center a branch of an apple tree was placed, collected by the youngest child of the family. The child was then showered with gifts by the grandfather and grandmother believing that it would bring good luck.