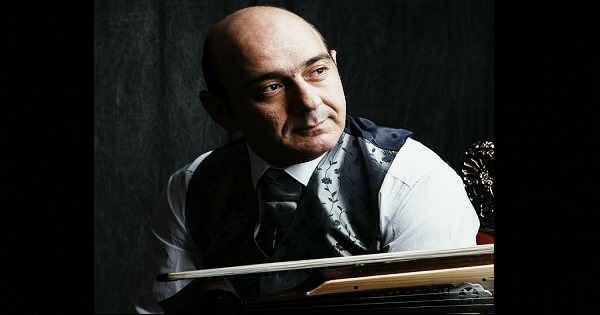 Giorgos Poulantzaklis was born on the 14th of July 1971 in Akrini, Greece and spent his childhood in both Greece and Germany. At the age of 11 he began playing the Pontic kemenche and later the kemane, an instrument played in the Cappadocia region of Asia Minor and some regions within Pontus.  At the age of 14 he began performing at weddings, dances and other cultural festivals.

His dedication to the traditional aspects of Pontic music directed him to older musical styles and melodies. He has collected a variety of songs and has digitally recorded them using his personal style and influence. He has also been involved in the scientific study of music and has performed and recorded with music ensembles.

Poulantzaklis also researches ancient Greek and Byzantine instruments with a particular interest in the kemane.

Below is his new CD